Reid Christie was born and raised in Wyoming. He graduated with a B.F.A. from the University of Wyoming in 1981 and has
been painting full time for thirty-four years. He has been chosen as the Rocky Mountain Elk Foundation artist of the year once
and five times as their artist of the quarter. Eight times he has been chosen for the Arts For The Parks Top 100 and Mini 100.
He won the Yellowstone 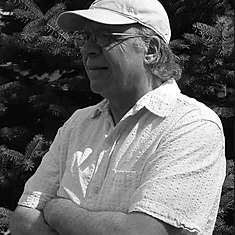 Park Purchase award in 1997, the Collectors’ Choice Award in 2001, and the Mini Region III Silver
Medal in 2006. He has twice won the People’s Choice Award at the Buffalo Bill Art Show; in 2002 and 2005. Reid was selected
as the Cattleman’s Association Artist of the Year four consecutive times.

Reid takes place in several museum shows each year including the National Museum of Wildlife Art, The Buffalo Bill Historical
Center, and the C.M. Russell Museum. Reid and his wife Ginger live in Cody, Wyoming.