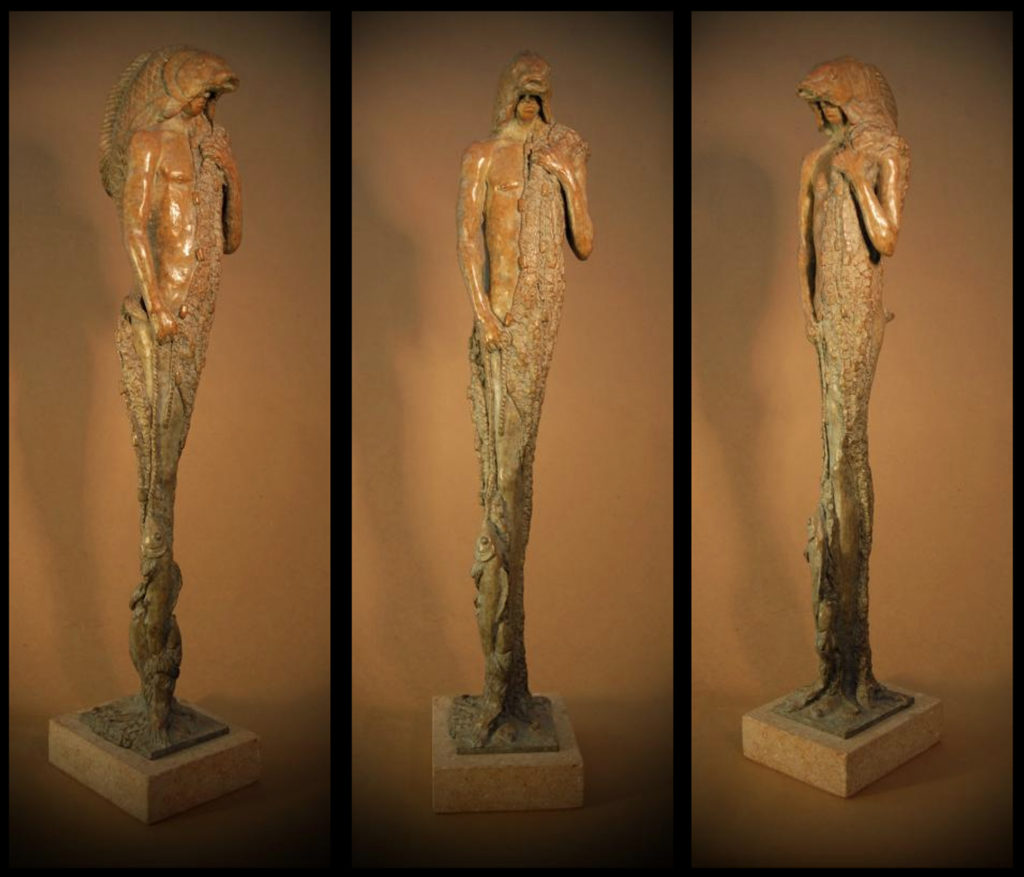 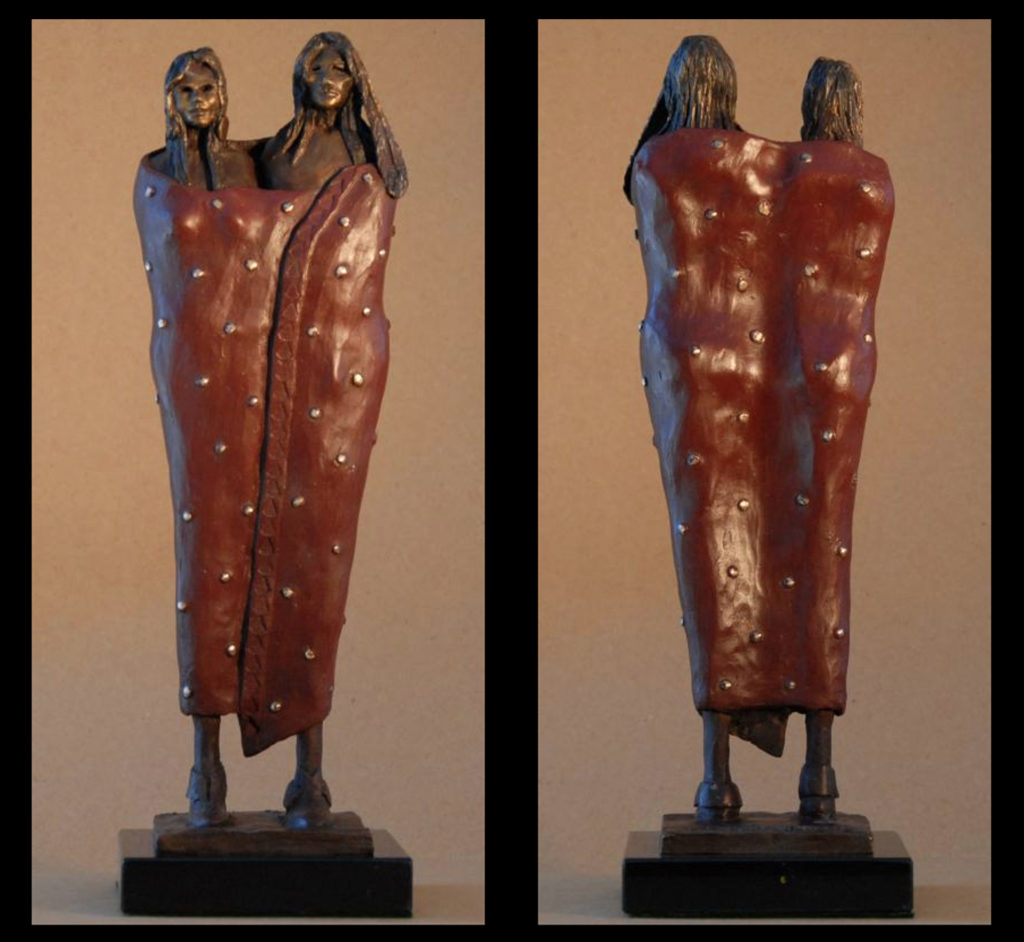 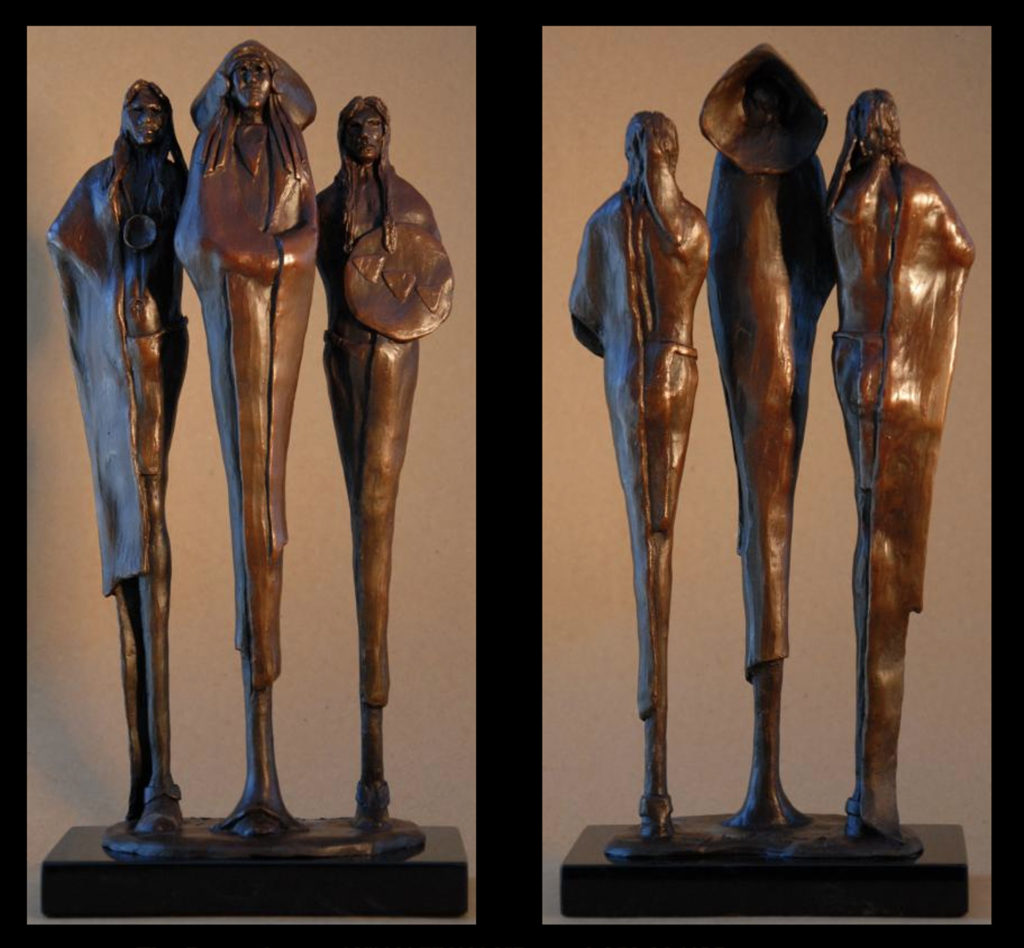 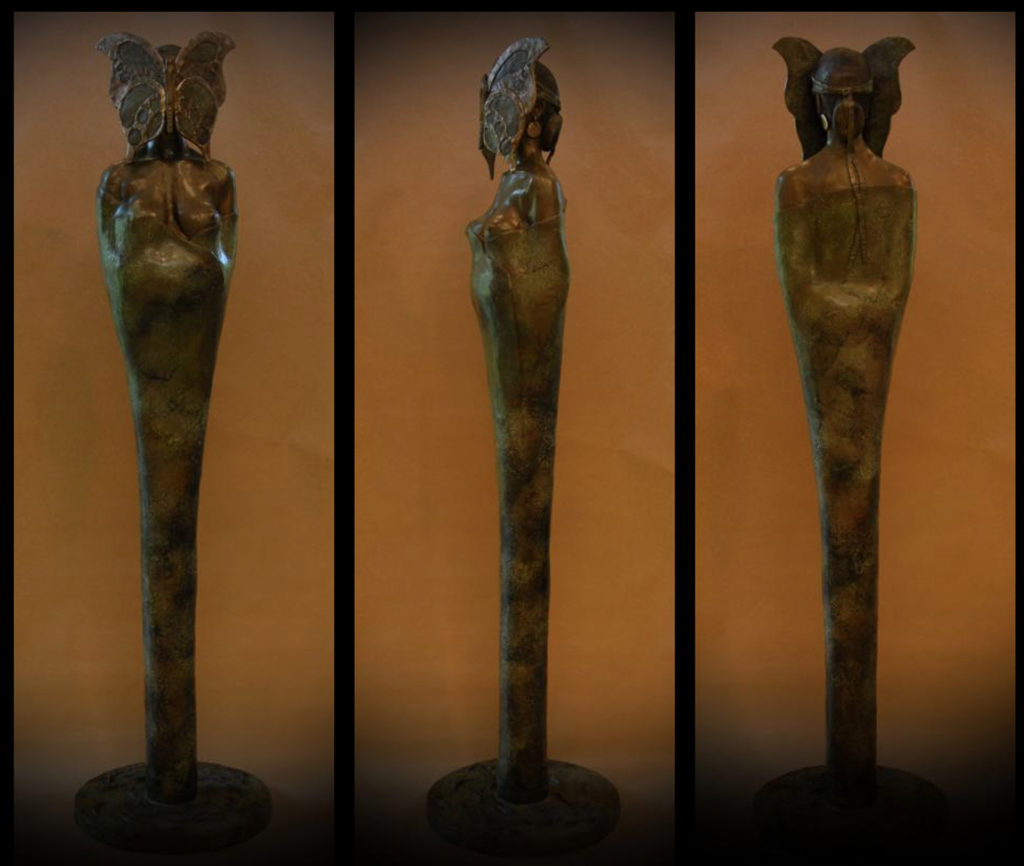 To view Kobald’s work is an invitation to explore a mystery. Some figures hide behind masks. Some look up under head coverings. All suggest a story. As writer, Elizabeth Johnston tells us, “Their attention is reverently engaged in a vastness we cannot see.” A nationally known sculptor living and working in St. Charles, Illinois, Kobald’s work is in demand throughout the United States and abroad. It has been purchased for private collections and his monumental works grace courtyards, parks and public and private buildings.

Most recently Ray has completed a larger-than-life sculpture of Nick Bottom from William Shakespeare’s play A Midsummer Night’s Dream for the Geneva, IL Library’s Shakespeare Garden. Another seven-foot-high piece, From the Waters Comes My Bounty, won the Oregon, Illinois, Fields Art Project sculpture competition that beautifies a riverfront park there. One more honor bestowed on Kobald was that his piece, Stargazer, was chosen by Sculpture in the Park, one of the most prestigious sculpture exhibitions in the United States, to be placed in Benson Park in Loveland, Colorado. The Colonel, Edward Baker, was placed in front of the Hotel Baker in St. Charles, Illinois.

Art has always been a part of Kobald’s life. Even as a child, he received recognition and awards for his artwork. This love of art led him to earn a degree in Industrial Art and Design with a minor in Fine Arts from Bradley University. He continued his education studying Fine Arts at Northern Illinois University.

A painter and printmaker as well as a sculptor, Kobald taught art for many years all the while pursuing his own work in woodcrafts, painting and sculpture. He completed his Master of Fine Arts at the Instituto Allende, part of the University of Guanajuata in San Miguel de Allende, Guanajuata, Mexico. It was here that he studied and developed his love of sculpture. Deeply influenced by the Mexican archaeology and the bold colors and vibrant art of the country, this became a major influence in his art that continues even today.

After earning his Master’s of Fine Arts degree, Kobald worked as the Senior Interior Designer for Northern Illinois University while teaching art and design part time at Waubonsee Community College. But for the past twelve years, Kobald has devoted all of his time to creating whimsical and Native American art in mixed media creations and bronze sculptures. His work is highly sought and collected. He is represented by numerous galleries throughout the West and Midwest.